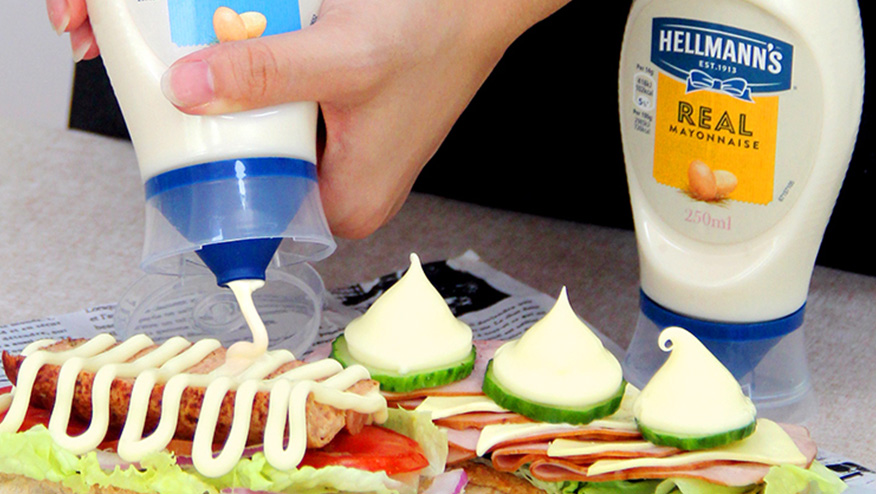 Usually when eating salad, it is often paired with a variety of sauces, such as salad dressing, mayonnaise, etc..

Mayonnaise is seasoning oil. The main components of mayonnaise are vegetable oil and egg yolk of at least 70% of the total weight.

The formation of mayonnaise is inseparable from emulsification

The raw material of mayonnaise is vegetable oil, which is difficult to dissolve in water, so it must be emulsified (emulsification refers to putting two incompatible liquids on the surface.

The process of forming a stable emulsion under the action of active agents). Emulsification is the main principle of mayonnaise formation and a key step in mayonnaise production.

Egg yolk is a natural emulsifier. The lecithin in egg yolk can combine with protein to form lecithin, and lecithin has good emulsifying ability. It can reduce the surface tension of the oil-water interface, is conducive to the formation of particles, and because it can be distributed on the surface of the particles to prevent the fusion of the particles. Under the emulsification of the egg yolk, the mayonnaise can form an oil-in-water emulsion after being stirred and homogenized by a high-speed mixer and a homogenizer, which is the sauce-like form we usually see.

Matters needing attention in the emulsification stage of mayonnaise mixing.

* The speed of adding oil should not be too fast, otherwise O/W type mayonnaise cannot be stroked

* The emulsification temperature is controlled at 15-20